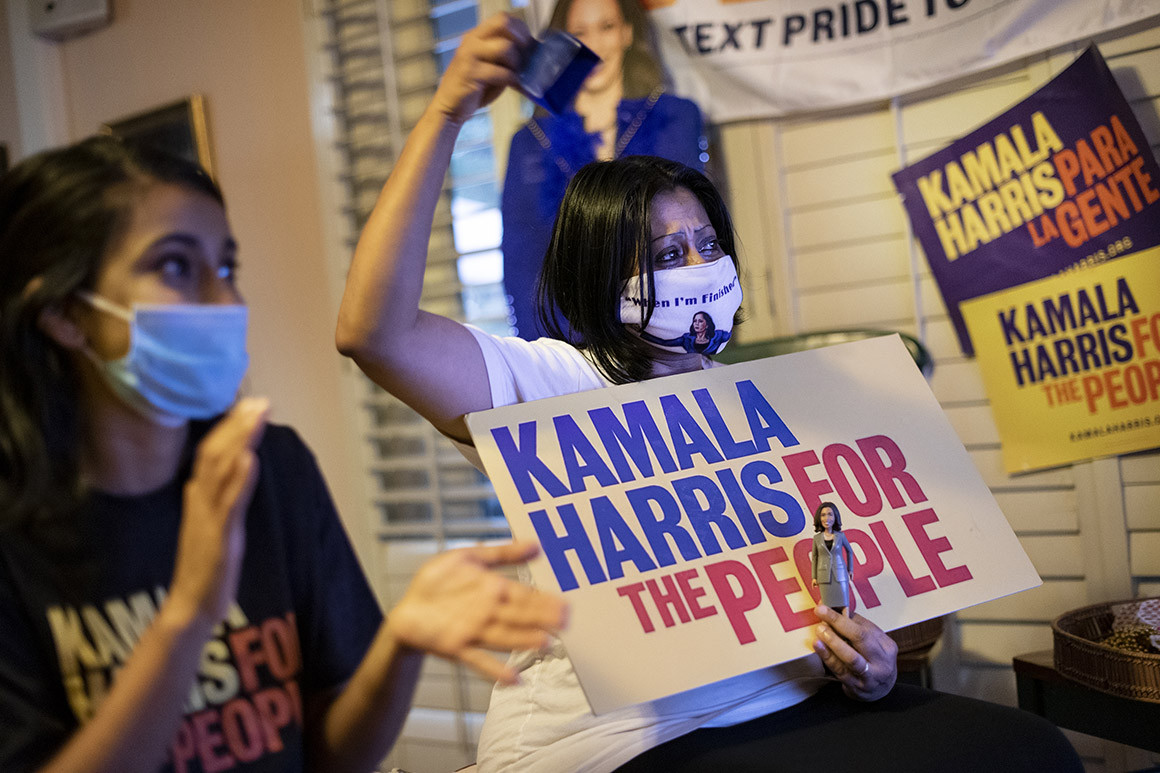 Joe Biden undercut those efforts in a matter of weeks.

First, Biden selected Kamala Harris, the daughter of an Indian mother and Jamaican father, as his running mate. Within days, Harris was speaking to Indian Americans on India’s Independence Day about her grandfather, who helped push for India’s liberation. Then she was boosting the campaign’s launch of a new Indian coalition. And last week, Biden supporters released a video with a song remix from the popular Bollywood movie “Lagaan” about an Indian village fighting British rule.

“There was a level of enthusiasm that came out of the diaspora almost immediately when Sen. Harris was named as the vice presidential nominee,” said Rep. Ami Bera (D-Calif.), one of four Indian American members of the House. “There was palpable excitement definitely from the younger generation.”

About 1.8 million Indian Americans are eligible to vote this year, many living in contested states, including Florida, Pennsylvania, Michigan and Nevada, where their vote could make a difference. Traditionally, Indian Americans have voted for Democrats at a higher rate than other Asians — Trump garnered just 16 percent of the Indian American vote in 2016 — but polling has shown rising Indian American support for the president. Now, 28 percent of Indian Americans support Trump, though 68 percent support Biden, according to the latest Asian American Voter survey released Tuesday.

Trump supporters predict the initial burst of excitement for Harris among Indian Americans — one of the fastest growing groups in America that votes at high rates — will wane. Indian Americans, they say, will back the president because of Trump’s policies, including tax cuts and his outreach to the popular Indian prime minister. And they argue the Harris pick indicates Democrats are anxious about losing Indian American support.

While Kamala Harris speaks less frequently about her Indian roots to mainstream audiences, she regularly talks about the influence of her mother, who came to the United States from India to attend graduate school. | Alex Wong/Getty Images

Harris’ spokeswoman didn’t respond to a request for comment, but others say it’s a common dilemma for those of mixed race in the United States.

“Anyone biracial like her probably struggles with it,” said M.R. Rangaswami, a software executive from San Francisco who founded the group Indiaspora to get Indian Americans involved in politics. “The issue is whether she is Black or she is Indian. I think the country is having that debate right now. But I think as we move forward history will judge her as the first woman of color” on a major presidential ticket.

As a presidential candidate, Harris teamed up with two Indian American entertainers, cooking masala dosas, a South Indian dish, with actress Mindy Kaling, and appearing on comedian Hasan Minhaj’s show “Patriot Act.” And while she speaks less frequently about her Indian roots to mainstream audiences, Harris regularly talks about the influence of her mother, who came to the United States from India to attend graduate school.

“She raised us to be proud, strong Black women. And she raised us to know and be proud of our Indian heritage,” Harris said in her speech at the Democratic National Convention in which she used the Tamil word “chittis” to describe her mother’s younger sisters.

“There is definitely going to be splitting of votes as some Indian Americans will have a tough decision to make, as their loyalty may be towards a so-called candidate of Indian heritage or a candidate of pro-Indian stance as President Trump,” said Sampat Shivangi, an Indian American physician from Mississippi who was a Trump delegate at the Republican National Convention.

Indian American groups say their community’s support will be critical for states that both Trump and Biden are targeting through the Rust Belt and Southwest.

“In an era where elections are being won so narrowly, you cannot write anyone off or count anyone out,” said Neil Makhija, executive director of IMPACT, an Indian American advocacy group. “Indian Americans can make all the difference in critical swing states like Pennsylvania, Michigan and Texas.”

The campaign also launched an Indian Voices for Trump coalition with Trump’s son Eric appearing at the group’s MAGA meetup in Duluth, Ga., on Tuesday, according to the Trump campaign. And it ran digital ads focused on the economy, education and the relationship between Trump and Modi, who both rode to office on a wave of populist rhetoric.

Trump supporters recently released a video — promoted by the president’s son Don Jr. and his girlfriend, Kimberly Guilfoyle, a top Trump campaign official — featuring clips of two massive rallies headlined by Trump and Modi: First, the 2019 “Howdy Modi” gathering in Houston, hailed as the largest event in the U.S. for a foreign leader, then the February “Namaste Trump” rally in Ahmedabad, India, attended by 110,000 at the world’s largest cricket stadium. Supporters claim it has been viewed 10 million times.

Trump has celebrated Diwali, the most important holiday for Indian Hindus, and appointed Indian Americans to numerous high-ranking positions. But he has disappointed some Indian Americans with some of his actions, including his decision to block high-skilled workers — overwhelmingly from India — from entering the United States during the coronavirus outbreak. He also kicked India out of a trade preference program for developing countries and angered Indian lawmakers with an offer to mediate a long-standing land dispute between India and Pakistan over the Kashmir region.

The Biden campaign has criticized some of these policies, including restricting visas, and unveiled its own agenda for Indian Americans, which includes measures aimed at curbing bigotry and addressing security needs at houses of worship.

Rep. Bera, an early Biden supporter, said he traveled in January and February to Iowa and Nevada to host roundtables with Indian Americans — one event was dubbed a “chai and chat.” After the pandemic hit, he has kept up his outreach through online events. Biden’s campaign is also coordinating efforts with two Indian Americans running for Congress in competitive districts in Texas and Arizona. For its two most recent online events targeting Indian Americans, the campaign got more than 1,000 people to sign up, according to the Biden campaign. The videos were also broadcast on TV Asia, a channel about the South Asian community broadcast in North America.

“It’s up to us to educate and mobilize the community because the Indian American community’s future hinges upon this election,” said Sanjeev Joshipura, director for the Indians for Biden National Council. 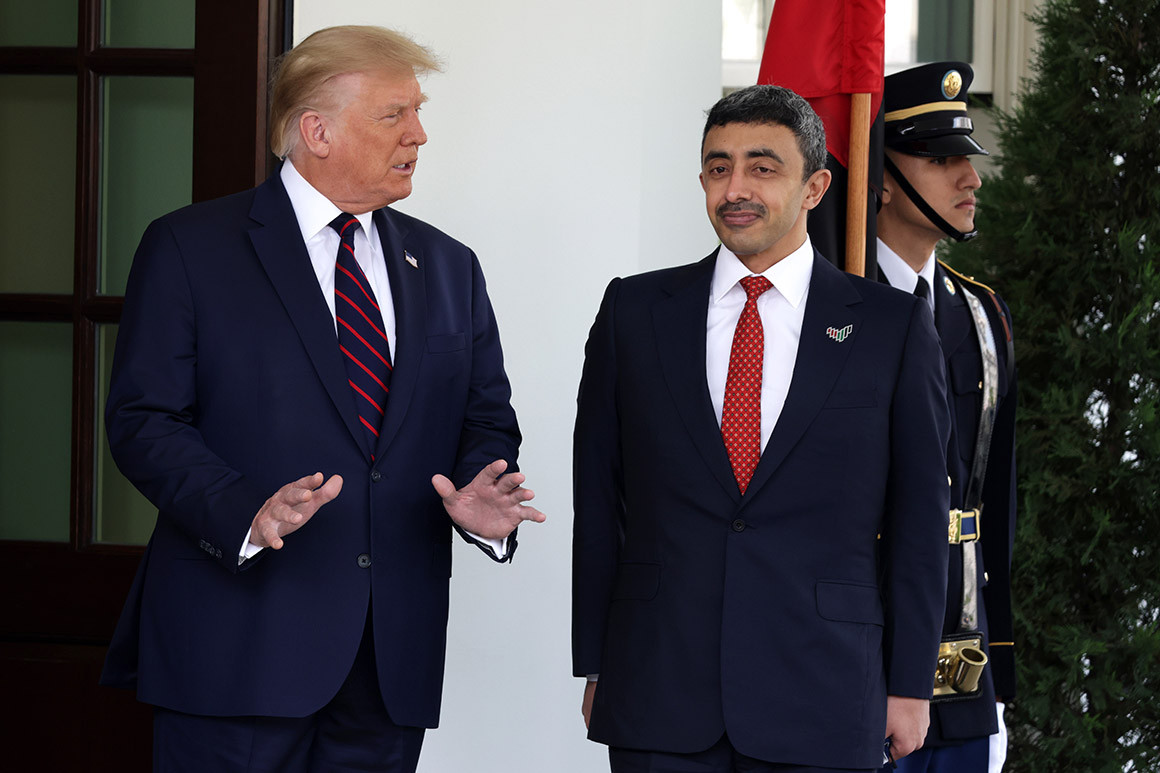 Republicans, including Trump, have been trying for years — with limited success — to make inroads with Indian Americans. In 2016, Trump held an event with 10,000 Hindus waving “Trump for Hindu Americans” signs at a Bollywood-themed event. Yet on Election Day, Trump won roughly the same percent of the Indian American vote as 2012 Republican presidential nominee Mitt Romney.

Mason, of the Trump Victory Indian American Finance Committee, predicted more than 65 percent of Indian Americans in 2020 battleground states who previously voted for Democrats will support Trump. He claimed his information was collected through a network of Indian American friends, business owners, community leaders and others in several key states.

But those who have studied the Indian American vote say those numbers were far-fetched even before Harris joined the Biden ticket. Instead, they say, Trump is more likely to increase his Indian American support by 5 to 10 percentage points.

“It was always going to be an uphill climb for the Trump campaign to make significant inroads with the Indian American population,” said Karthick Ramakrishnan, a political science professor at the University of California, Riverside, who directs the Asian American Voters Survey. “That has become near impossible now with Kamala Harris’ appointment.”

I would like to remember the sacrifices made by our

I would like to remember the sacrifices made by our